A University of Worcester student has qualified for this year’s World Duathlon Championships, just weeks after recovering from pneumonia.

Dan Geisler, who is part of the University’s Elite Athlete Mentor Scheme, qualified for the 2014 Championships, to be held in Pontevedra, Spain on May 31 and June 1, following a great performance in the qualification event, the ‘Dambuster Duathlon’ earlier this month.
That followed a tumultuous spell, which saw Dan diagnosed with pneumonia at the start of February, and have to battle back to full fitness following his recovery.
He says: “February was a month to forget really; I was told I had pneumonia, then on my return to competition, had a terrible race. I launched myself back into training when I was given the all-clear, but probably over-did it and didn’t rest as much as I should have.
“Thankfully though, I was able to reflect on that before the Dambuster Duathlon, which is the first major event of the season, with a high standard of athletes and a notoriously hilly course.
“I was passed by a few faster athletes on the bike, but I didn’t panic and was able to overtake some of those people around the 30k mark. After a very smooth transition into the final 5k run, I was able to chase down two more athletes and post my first ever sub 17-minute 5k.”
To view full article visit:
http://www.worcester.ac.uk/discover/dan-overcomes-illness-to-secure-world-championships-berth.html
Posted by Unknown at 06:51 No comments:

Benefits of a good bike fit!

Having a bike fit was one of the best training sessions I have ever took part in. It essentially is a training session and one that will keep providing more and more benefits. It has allowed me to get stronger and stronger on the bike and make some fantastic progress.
I was able to beat my PB at Dambuster Duathlon only last week, knocking over a min off from a previous time! I have never felt stronger on my TT bike and am very excited about the future and getting ever faster.
The Clinic I had my bike Analysis at offer a fantastic fitting service. The service is very thorough and takes 2 to 3 hours to complete using motion capture and video analysis software (see www.spc-physio.com/services/cycling-assessment.html).
The clinic have agreed to offer a special 2 for 1 deal i.e. get 2 bikes setup for the price of 1 (TT and Road Bike for example). The cost for this will be £175 (the usual cost for 2 bikes is £215). This is a limited offer and depending on when you read this it might change! But at the moment it is a fantastic offer not to be missed! 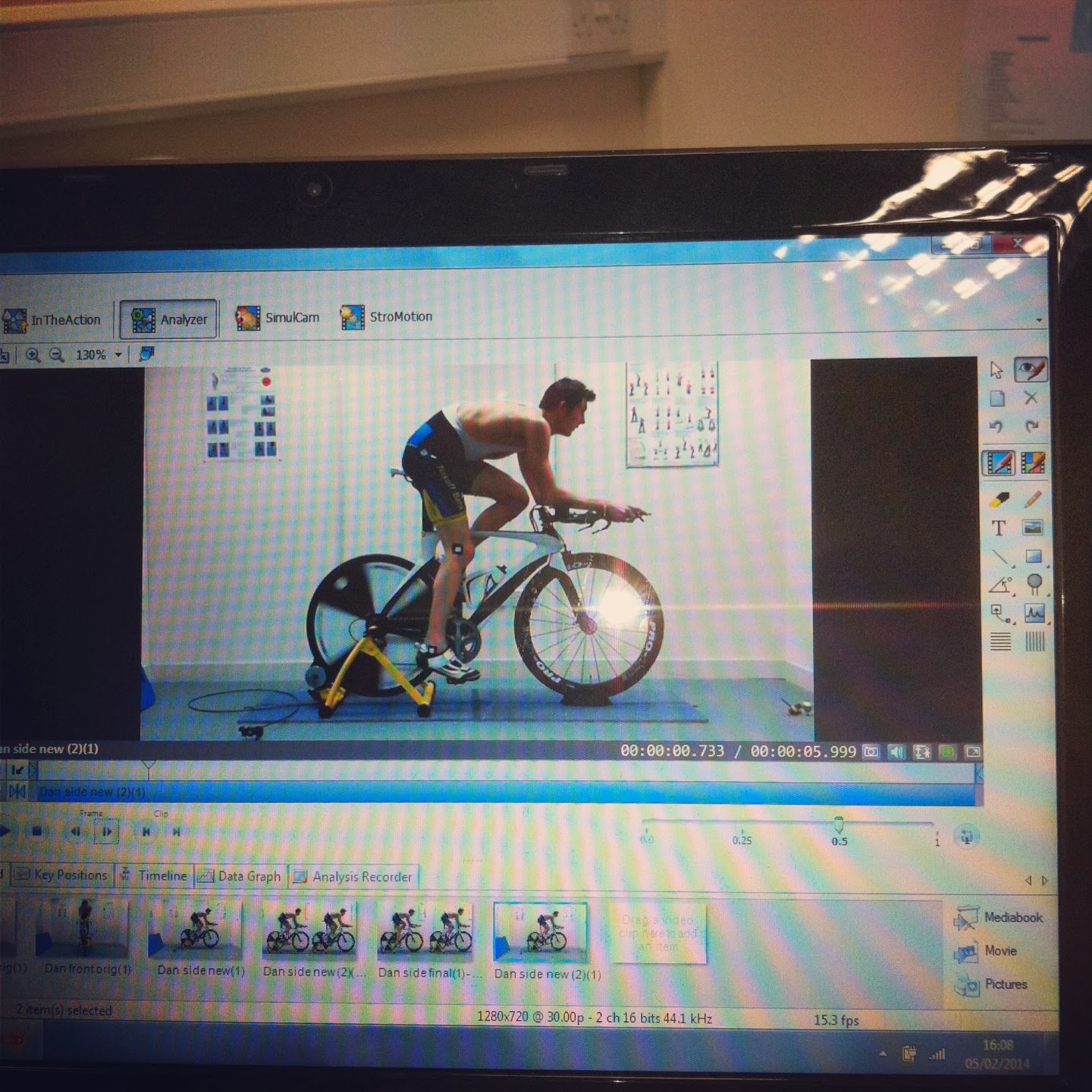 I have learnt a lot from the past months worth of racing, some harsh lessons and some enlightening ones. Writing it all down also helps because it allows for more reflection and analysis. Even writing this I am beginning to understand that my body has been through.

After having and recovering from pneumonia and then going on a mad training pursuit to get everything back that I thought I had lost, racing the worst race of my life at Castle Combe Castle and then re-thinking my recovery and trying to stay positive; lots of lessons were there to be learnt and it was important that I took this opportunity to asses and reflect.

Resting is so important and needs to be utilised….train hard, rest hard. You only have one body, so make sure you look after it. If you want to go faster, sleep, eat, fuel and perform. All these are key to becoming a successful athlete at any level. 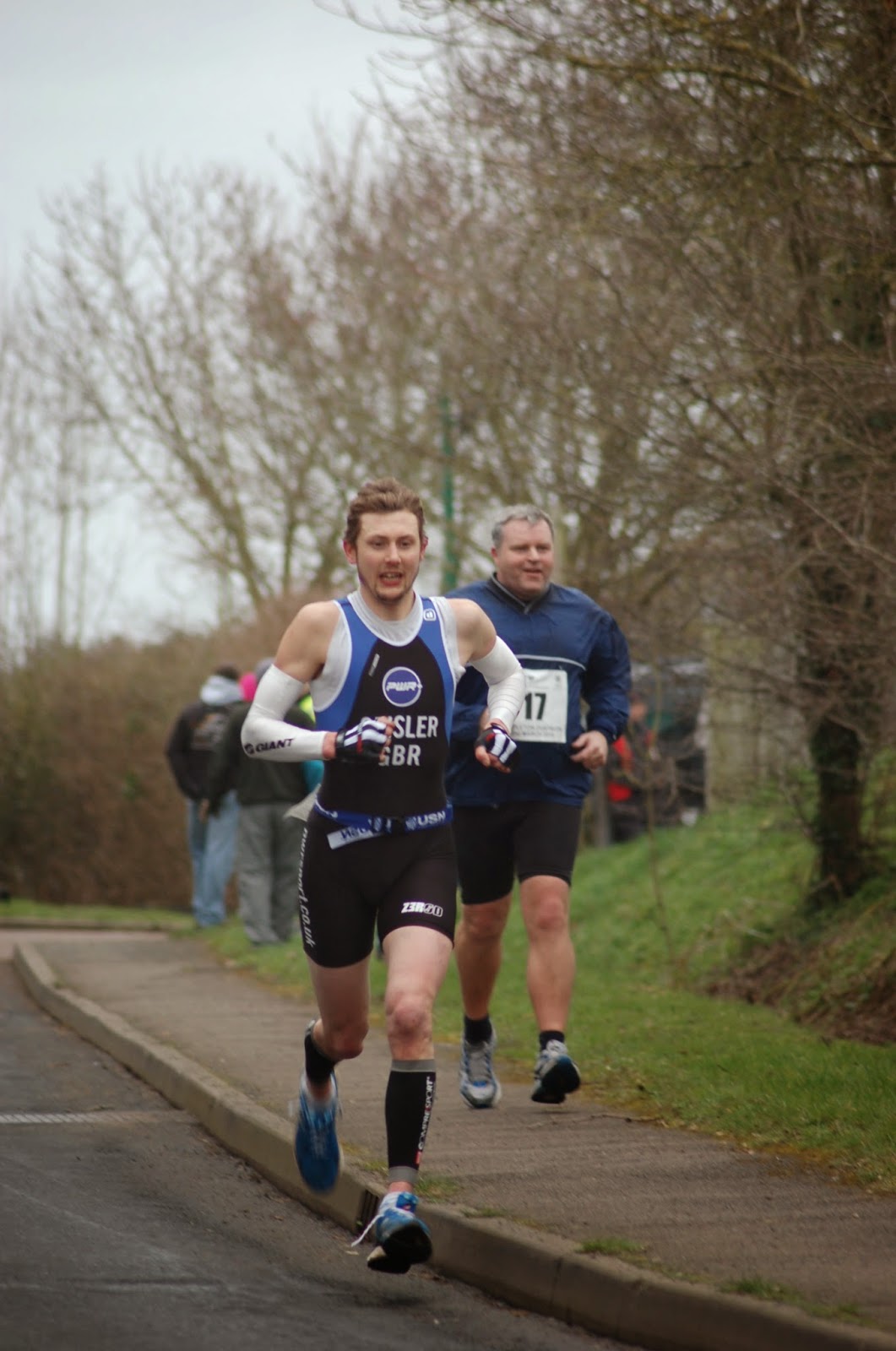 One week after Castle Combe Duathlon I raced at Peopleton Duathlon, my clubs local event. I had previously finished second the year before and was hoping for another successful race. I had made sure that I used the week to recover and re-charge but still didn’t feel comfortable in my body and felt very out of sink. I was stating positive and wanted to make sure that I had a solid race with a good performance. The First run went well and I was in 2nd place coming into T1. I came out on the bike and this is where the quality of the field showed and the weakness in my legs was found out. I felt as though I didn’t have anything to push on the bike and was passed by 5 other athletes, to my disappointment. The bike felt horrid and my legs just didn’t want to push. I knew something wasn’t right, but had to keep pushing and stay in contention for the final run. I went into T2 in 8th, I quickly gained back 4 places but just couldn’t catch 3rd to finish on the podium. I finished the race 4th and very tired, but with a feeling that I had more in me. This was a blessing in disguise as I would find out the following week. 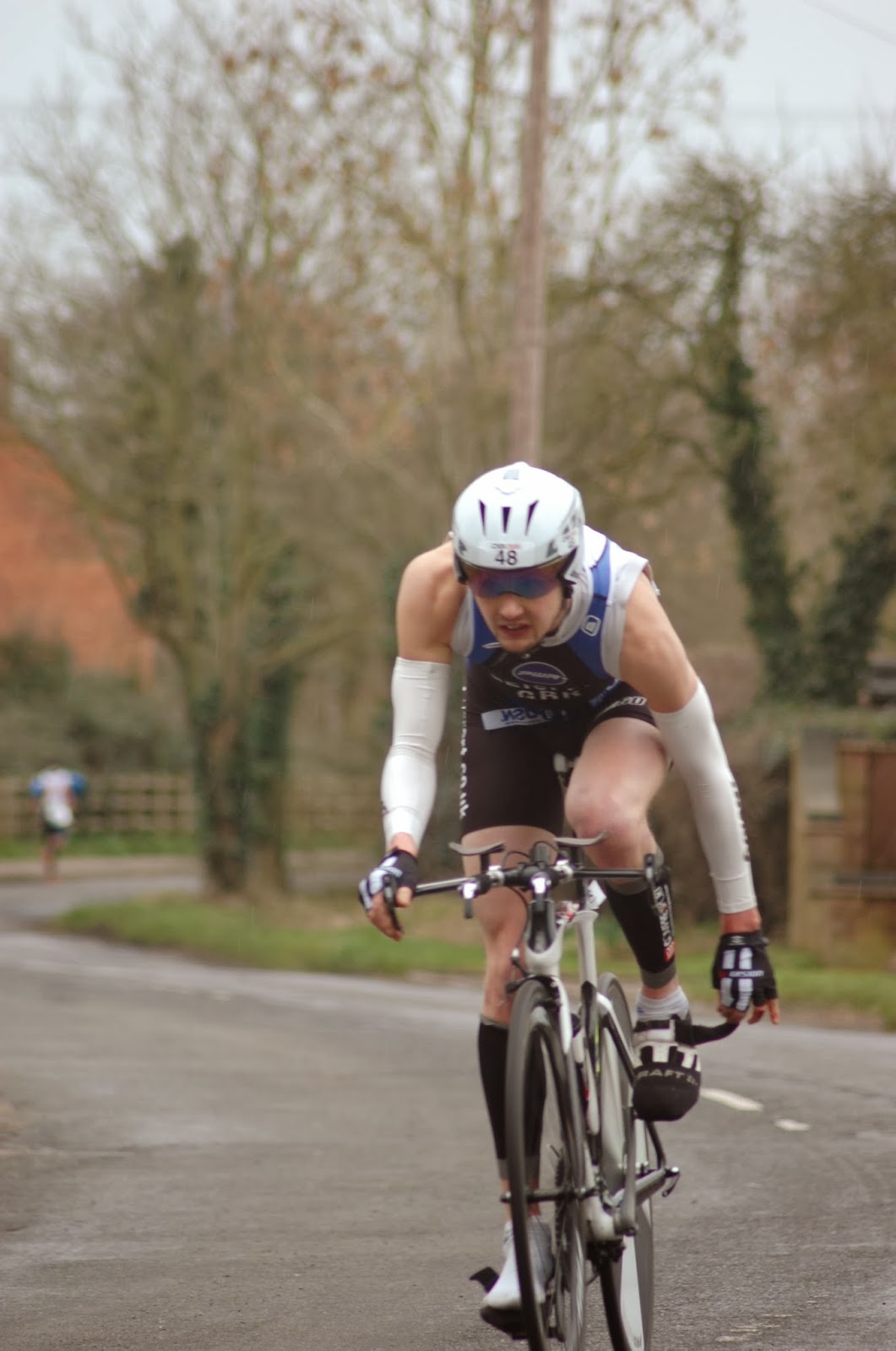 Dambuster is a huge event and is the first major Duathlon of the season, there is always a very high standard of athletes. The race is fast and tough with a bike course known for being very hilly. The format of the race is 10k-42k-5k. My whole bike winter training has had a focus on the bike course because it is very challenging. It is 42k of up and downs, unlike most TT courses that exist.

The first run is always frantic and started at an incredible pace as usual. I was feeling very rested and for the first time since my pneumonia I seemed to be in control of the race and my pace. The first run went really well and I set my fastest 10k to date (35.19). I came into T1 confident that I was feeling good. I hit the bike course and knew that it was going to be tough. I hadn’t been biking well during races so I wanted to settle quickly and get into a pace. I was passed by a few faster athletes but didn’t panic. The bike leg was as tough as I remembered and took its toll on my legs, but I actually got stronger the longer it went on. I started passing people around 30k who had previously passed me and gained a few more places. I also managed to loose my water bottle just before T2 as I tried to bunny hop a speed bump……but I didn’t panic and carried on (later retrieved it, don’t worry).

I arrived in T2, slipping my feet comfortably out of my cleats, and having a very smooth transition. I than began the final 5k! I gave everything and chased down two more places, I recorded the fastest 5k I had ever ran, 16.59. My first ever sub 17min 5k!

The race was very successful and I was able to finish 4th back in my age-group with the intention to go to the World Championships in Spain. I was over the moon with the race and couldn’t believe that resting and all the training had fallen into place. Job done……now to build for the worlds, although I have the small task of Clumber Classic standard duathlon on 22.3.14 to tackle first.

I do have to say a special mention for Jason Taylor, Mark Challis and Matt Tipper who all raced on the day. Jason Taylor knocked 11mins off his previous year’s time and has also put himself in contention to qualify for next years European Duathlon Championships. 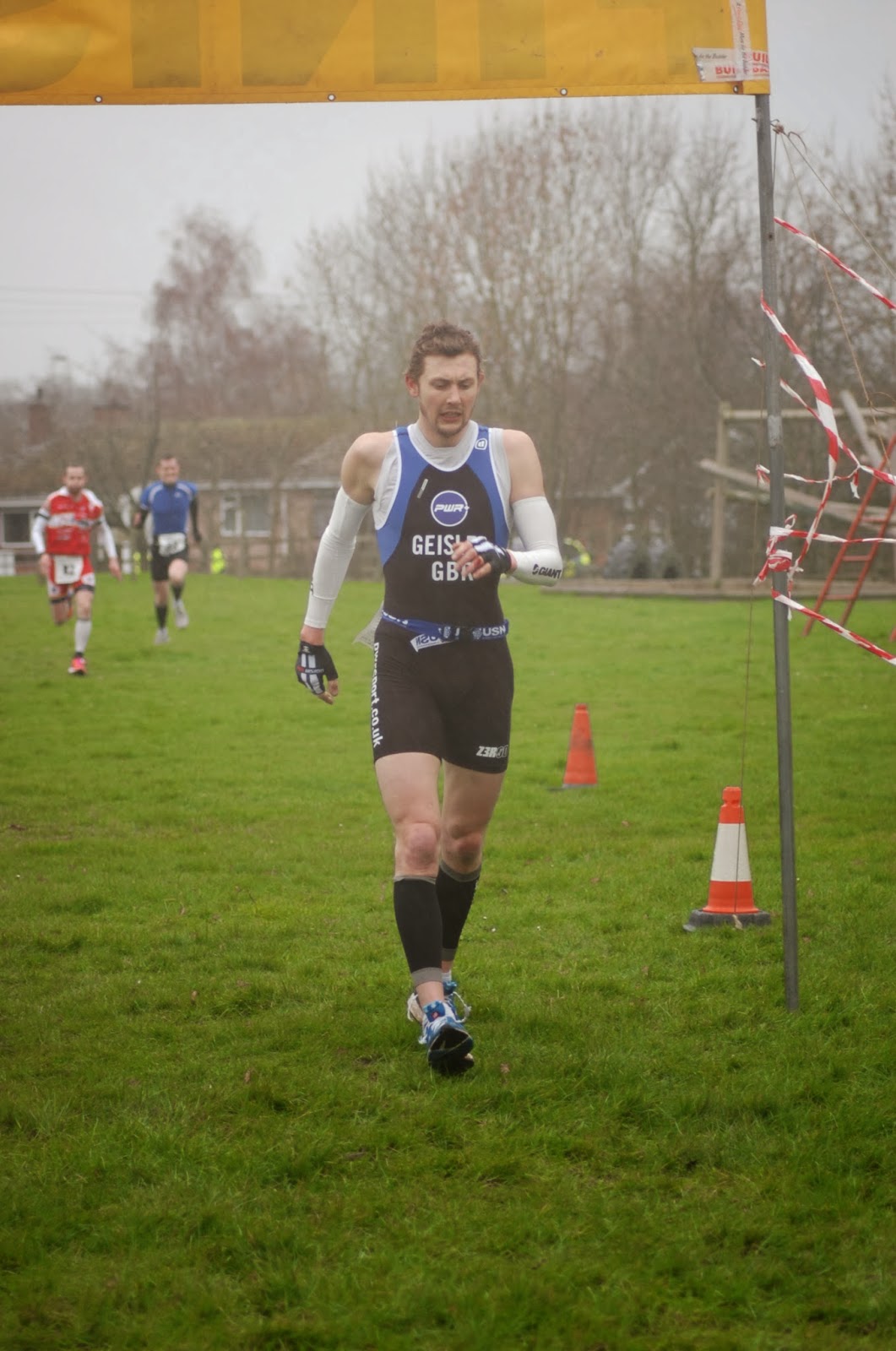