This past 5 weeks I have been working hard to maximize the polarized training model, this model tries to maximize the hard/fast sessions and minimize the effort at that middle training zone. When you go fast you go FAST and when you go slow you…..well you understand. The training model suggests that working at the middle ground will not increase benefits at a fast race, but if you go hard when it counts this will increase speed and endurance levels. When I have been recovering I have been going very slow, ticking along and trying to minimize the stress levels on my body. Then when I have been training with a group, or having to push during training I have been pushing hard and fast, and working at 80+ percent of my HR. The first two weeks I felt like my legs could fall off and I was shattered but once the third and the fourth week sessions started to sink in and I felt much stronger, now into the fifth and final week I can feel the benefit and am having to slightly rain it in because I have to think about the bigger picture, the world championship race. I did however hit a stumbling block, during the second week on was diagnosed with another chest issue, this time is was only a chest infection but this meant another bout of anti biotics. I trained through and am now out of the other side and feeling strong again! This week I have been making sure I train hard and recover from sessions well, making sure I eat correctly and prepare the best I can. I have been continuing with the polarized training model and now I am more rested it has paid dividend, I am running and cycling faster and been putting some good times in training. Fingers crossed I can have a solid race at the worlds.

I have had a nightmare sorting accommodation for the world championship race, but all has been arranged, tickets, stay, travel, entry, and transfers are all sorted…to a degree. I am looking forward to the challenge of the race and can’t wait to get to and soak in the atmosphere of the race environment. I will be arriving in the Wednesday before the race so I can get used to the surroundings and become familiar with the course and the race venue. I will be able to enjoy meeting up with the other GB athletes and have plenty of time for final prep.

Kit has arrived from my wonderful sponsors at PWR+ 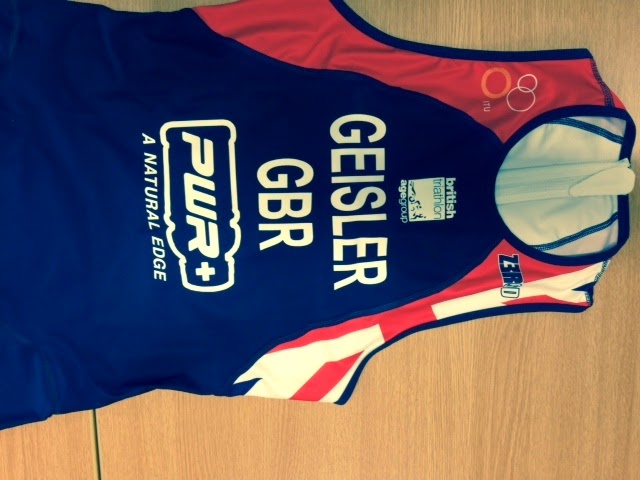 This race was only into its 3rd year, it was a local race and the venue was in the actual fields that the bulmers apples are grown. It was a 6.5 HILLY course with a record of 42.29, which I was unaware of before starting the race. The day hot and beautiful, although more of a day for drinking the cider and not running in the fields its made. I started the race a little steady because it actually began just before a hill and this was the common theme of the day, hill after hill. I was in second place for most of the race and was struggling to stay with 1st, it was hot and the hills were taxing. From nowhere a female runner (skinny and lean as anything) can past me on a hill and eased herself past the 1st place running son after. I worked hard to stay with them as we approached the last 2k and the last couple of hills, and at this point I was actually gaining a little on second place. We started the last two climbs and I was really gaining on first, and actually overtook him on the last hill and kicked with everything I had to make sure he didn’t come with me, it killed me but it was the best thing to do. I maintained the second position to the finish and was about 40 seconds from the female in first place. I was happy with 1st male back because I felt legy before the race without any kind of taper at all and it being a tough day at the office! 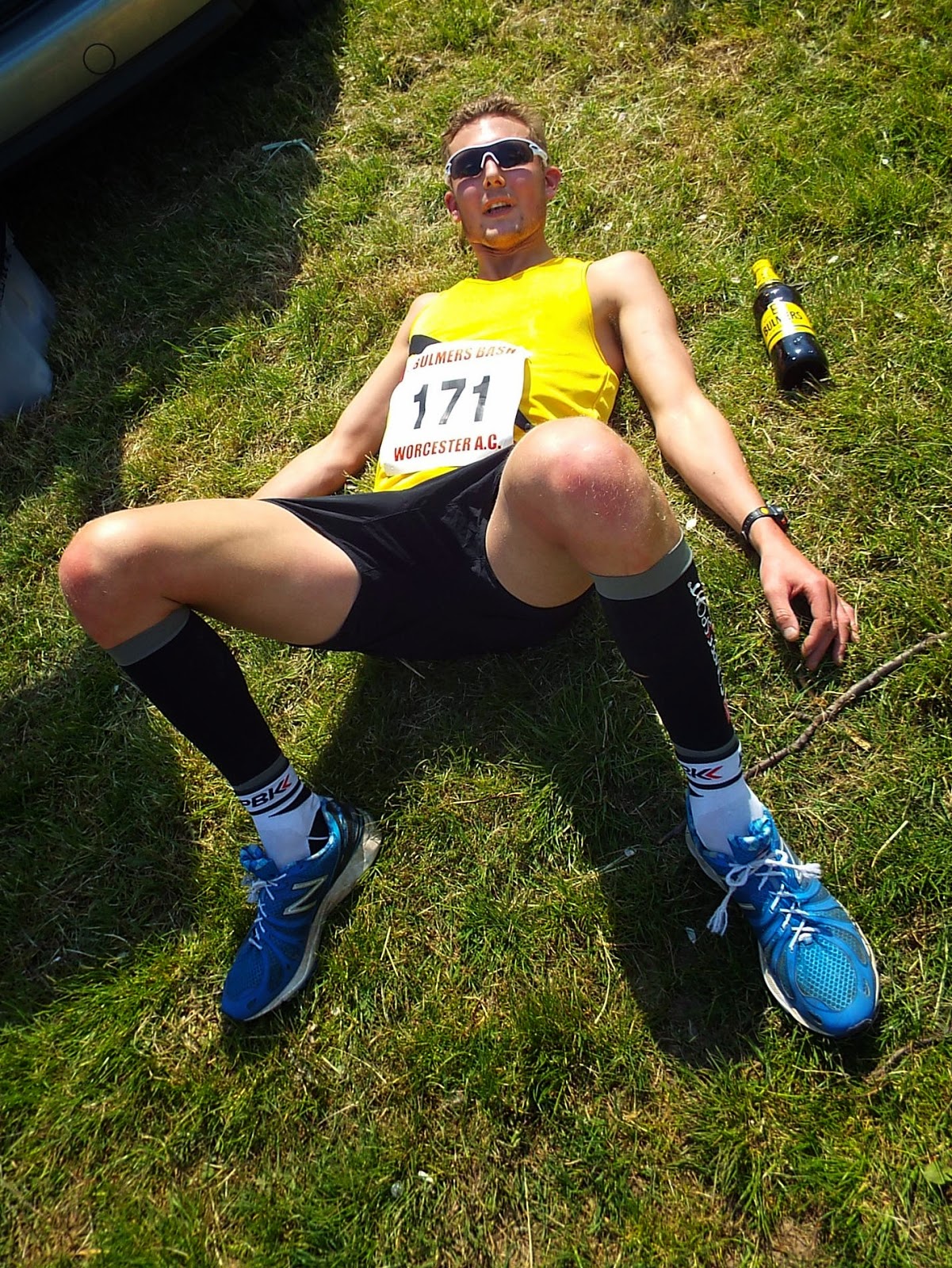 It seems like it has been ages since I have wrote a new blog, and I feel as though I needed a break from reflecting and just concentrate on training.

Since my last blog I have race Clumber classic (tough but fun event), done my first open TT (very enjoyable experince), race Hereford duathlon (retained my title with a course record) and been on a glorious holiday to a very hot and scary Egypt.


Hereford Duathlon came at a time of transition for me, I was due to go on holiday and was a little over trained and under recovered. My body felt tired and I has bounced from race to race with semi-training and taper weeks alike. Training had not had a lot of structure to it and felt a little inconsistent. I arrived at the start line ready to give everything to try and retain the win from the year previous. The run set out fast and I had two people in front on me leading into the second lap, they then opened the gap up and had around 1.30 on me going into T1.

I had a very smooth transition and was out on the bike, gaining a little time on second place as I watched them head out on the bike. After about 2 miles I started to see a battle appear between 1st and 2nd place, but I was gaining on both of them. I was able to pass them both at aeound mile 4 and continued to build up a lead. I knew the only way I was going to win was to really open up a gap on the two of them, and gain enough time to not be caught on the bike.

I went into T2 in 1st place and had opened up a big gap. I was still running with the fear of being caught and did until I could see the finish line. I finished clear in-front of the two chasers and was extremely relieved. Its funny how much pressure you can put on yourself to perform, too much is not a good thing! 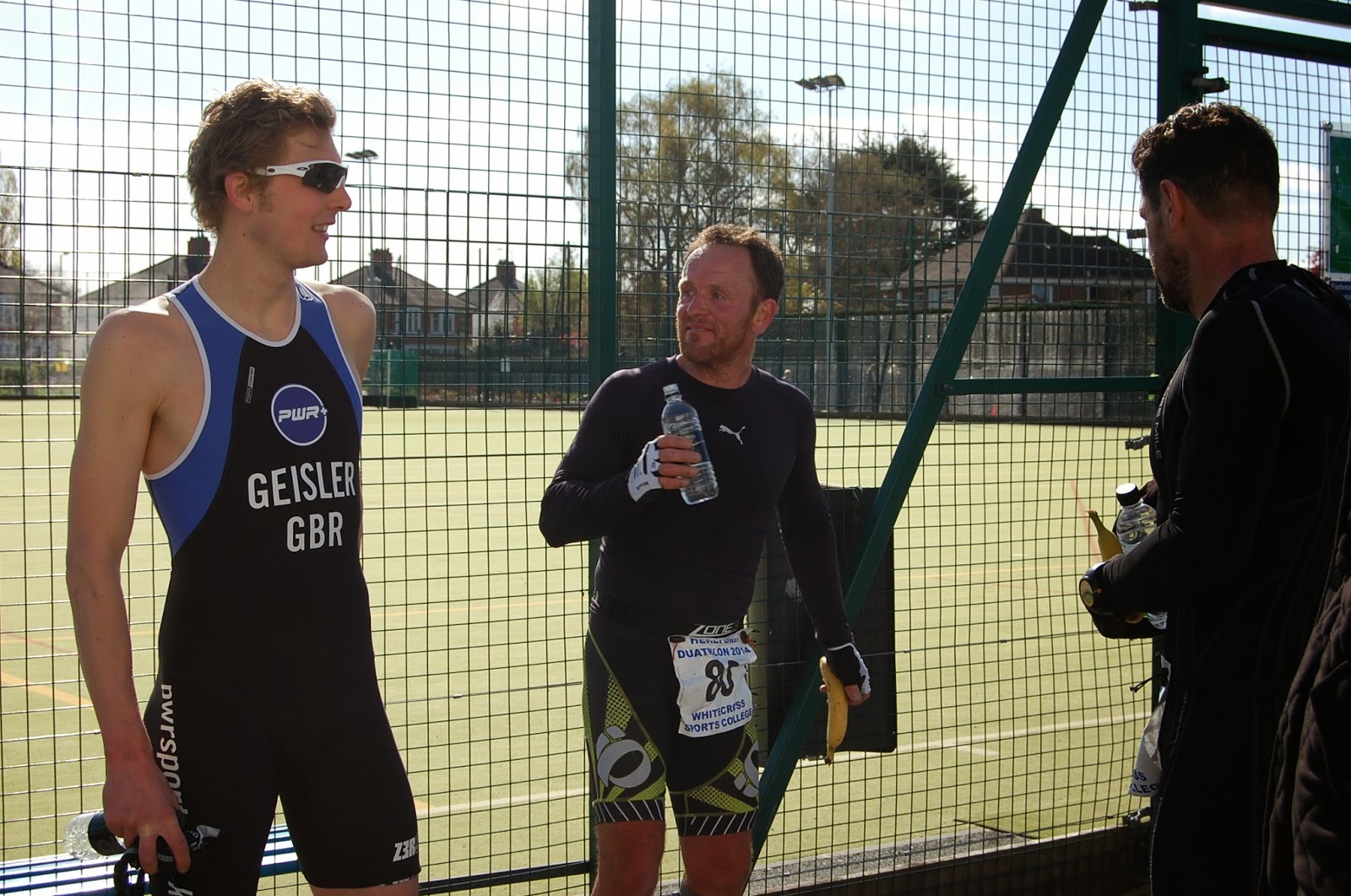 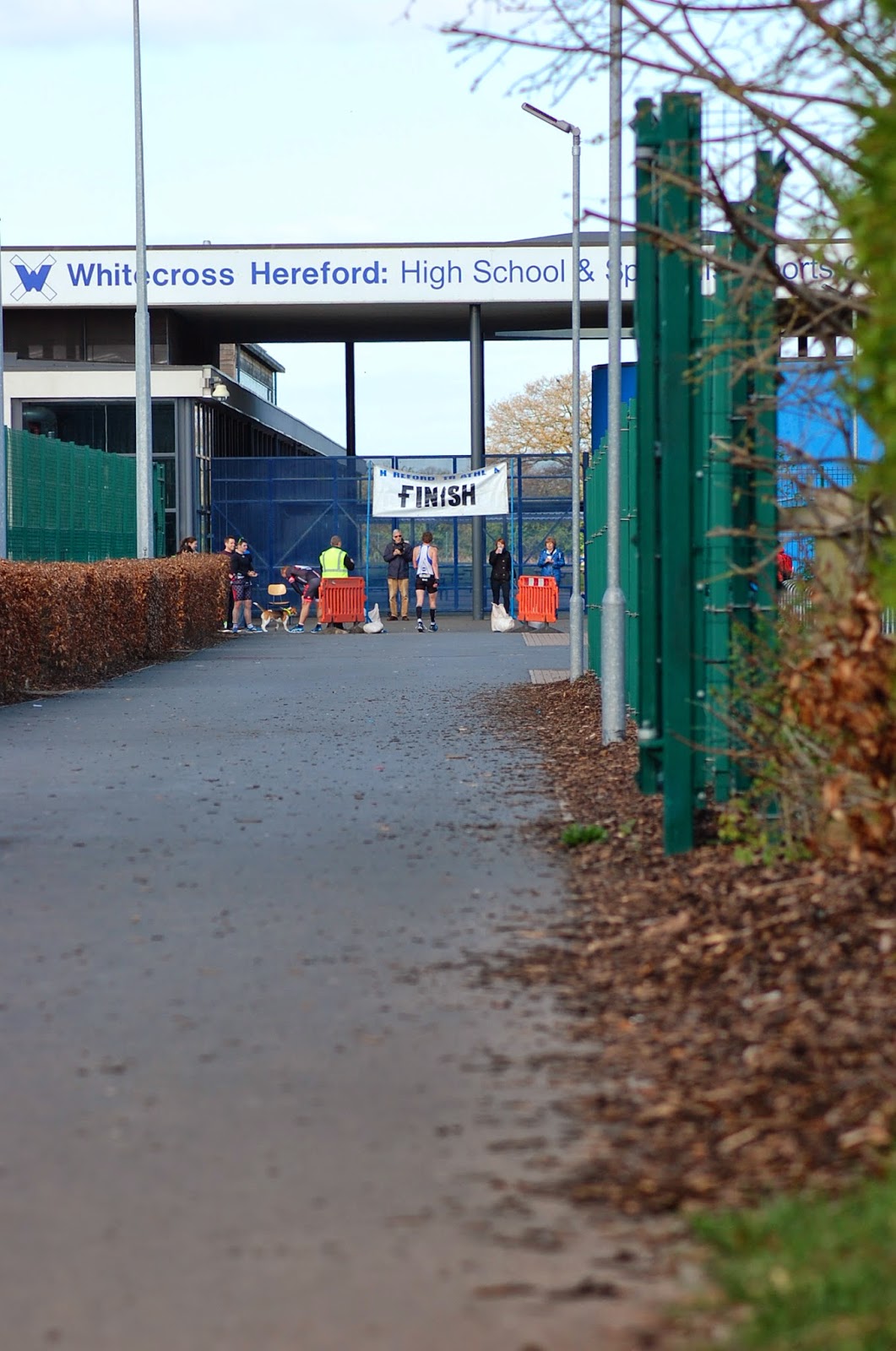 After the race I went almost straight to Egypt on holiday for a whole week. The heat was amazing, the time to de-stress and unwind was due and the coffee flowed!
I had a fantastic time with my girlfriend and was able to unwind completely. Although I could never ever go without training. I had access to a fantastic gym and a beaten up running track. Running in the am heat was unreal and very hard at times, but I was able to find my running legs later on in the holiday and started to love the track again. The gym work was well needed and the functional strength I added for the week has since paid dividend on the bike. Tan lines are fading fast! 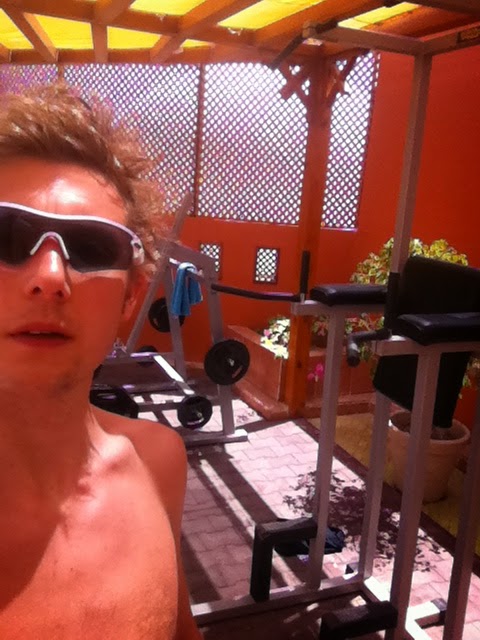 I now am focused on the Duathlon World Champs (1st June), and will keep posted with what and how my training is going...

After qualifying for the world championships I was very hard to get motivated to race Cumber Classic standard distance duathlon. The setting for the race was stunning in the beautiful clumber park in . I traveled up in the morning with the same motley crew who has previously done Dambuster duathlon two weeks before, but the feeling was completely different. Dambuster is a tough race and two weeks was not quite enough of a rest to ensure that we were fully recovered (I certainly knew I wasn’t). Everything ran smooth in the morning and the race began fast. I could tell straight away that this was going to be hard work as I struggled through the 10k. I even had a comment after the race from a friend that I looked in a lot of pain…..and I was!


Transition went well and I was out on the bike, and for some strange reason my legs decided that wanted to race. I recorded a decent bike split and felt strong. It was a beautiful course and very simple, no real hills, just a head wind coming into clumber back was. 2 laps and that was it, into T2. Ran off the bike ok and was able to finish 20th in the race, 3rd in the age group which I was very pleased about.

This was by far one of the strangest experiences of my life, but would recommend it to anyone who feels they just cannot shift that pain in their legs from hard training sessions. I was diagnosed as having too many large lumps and knots in my legs (quads and calfs), that just could not be shifted through massage. So I ventured into the world of needles and pain!

The first session was ok, legs reacted well and didnt really have too much pain. It was slightly uncomfortable every time the needle was tweaked or moved but nothing serious. It did take around 10 days to shake the dull ache from it but after that was great. The second session a few weeks after was extremely painful, hurt with every needle insertion and really did make me uncomfortable, but without struggle there is no progress!

After the second round of acupuncture had cleared (again around 10 days) I could really tell the difference, I am recovering better and my legs do not feel half as tired and dull throughout the day. It has been a revelation and I am now feeling the benefits of that pain.