I promised myself to start this blog off with a positive and since my last blog I have to say lots has happened in a short space of time. I have built training up after a resting period and found myself really ramping training to new places, which was really nice. Finding some good form and build towards the duathlon world championships Auguest 20th.

I was able to gain a new 5k pb 16.58 which I feel I can most defiantly get down with a little more practise at and speed work. 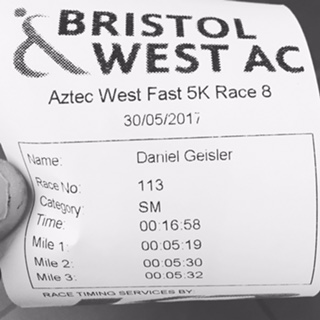 
I also hit a new 10m time trail pb, and again I feel that with better pacing and positioning I can go faster. These were both rather big confidence boosting times due to the fact I hadn't raced or training to the intensity I have this year, it was nice to see how things were moving in the right direction. 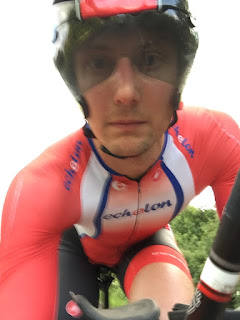 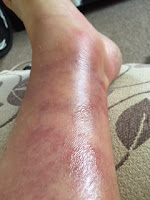 
BUT......cellulitious.....WHAT? yes my thoughts exactly, but oh my. No one should ever get this, I wouldn't wish it on my worst enemy. It has been tough and I have now pulled through it and I am out of the other side and training again. Time, oh time. Things just take time, and being someone who really doesn't value time and is always busy, I have not had this much time to just not really do anything for a long time. I had to rest and sit and ride the pain out...not fun at all. The pictures are just a part of what was really going on. It might have been a lot worse if it wasn't for my MOTHER, oh bless her, forcing me to go to A n E due to the infection line running up the whole of my leg which I dismissed, whoops! After being on antibiotics for a day and no change it was the doctors that insisted that I was given a higher dosage of 8 tablets for 7 days, I have never taken so many pills. After the antbiotics ran their course and the swelling has reduced to a normal state (10days) I was able to train again, oh the job of being able to ride, run and swim (not so much joy). But then the pain of effect, exhaustion and fatigue will soon be back. But this time, I don't care, bring it on!

Getting back to training is hard, but it is always running that takes the hit more than any other sport. Running just takes times to come back and I imagine I am looking at 10/14days of rather painful running before I can find my mojo. 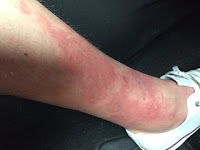 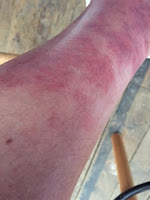 Now to look forwards and onto the World champs in Canada. I have never been and cannot wait to see what the place has in stalled for me. Hopefully a medal! hahah.

Now this wouldn't be a Dan Geisler blog without some food pics...here are some vegan pancakes. I have been developing as many vegan recipes as possible recently since moving towards a plant base lifestyle. I have more energy, training more consistently and been racing faster. I cannot say any more about a plant based diet other than it has been a revelation. 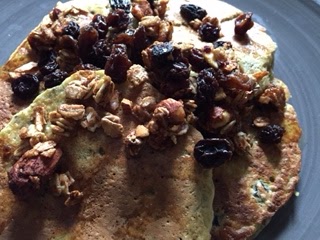 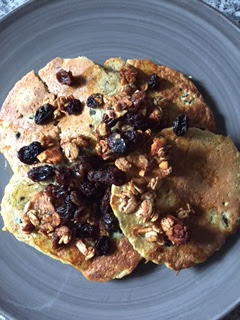 Mix the chia seeds and water in a separate bowl and leave for 10mins for them to activate.

In a separate down, mix the oats and pea protein together, then after the chia seeds have activated and expanded add the wet and dry ingredients together and whisk well.

Leave for 2/3 mins to settles, whisk again and then add to a hot pan to make the pancakes.